The Scourge experience a terrifying uptick in their magical might when Mythellion Highbrook, the Sin’dorei scholar studying the ley lines of Azeroth. His considerable magical skill was pressed into service of the undead army, and his boundless curiosity about the ley lines was perverted into … END_OF_DOCUMENT_TOKEN_TO_BE_REPLACED

Gotta admit, I fell off the boat in a bad way. I’m terribly out of practice, but the piece is starting to come together.

A friend showed me how she made some real crisp lines, and all it took was the lasso tool and ‘delete key to really ‘carve’ out the edges.

This is as far as I got before I needed to rest my eyes. I’m happy with the progress, though!

Been a while since I last updated.

School’s back up again and I’ll be posting up the things I’m working on in addition to coursework.

In the meantime I’m working on an illustration project where I turn members of my WoW guild into Scourge Champions, inspired by the new Hearthstone Expansion, Knights of the Frozen Throne. 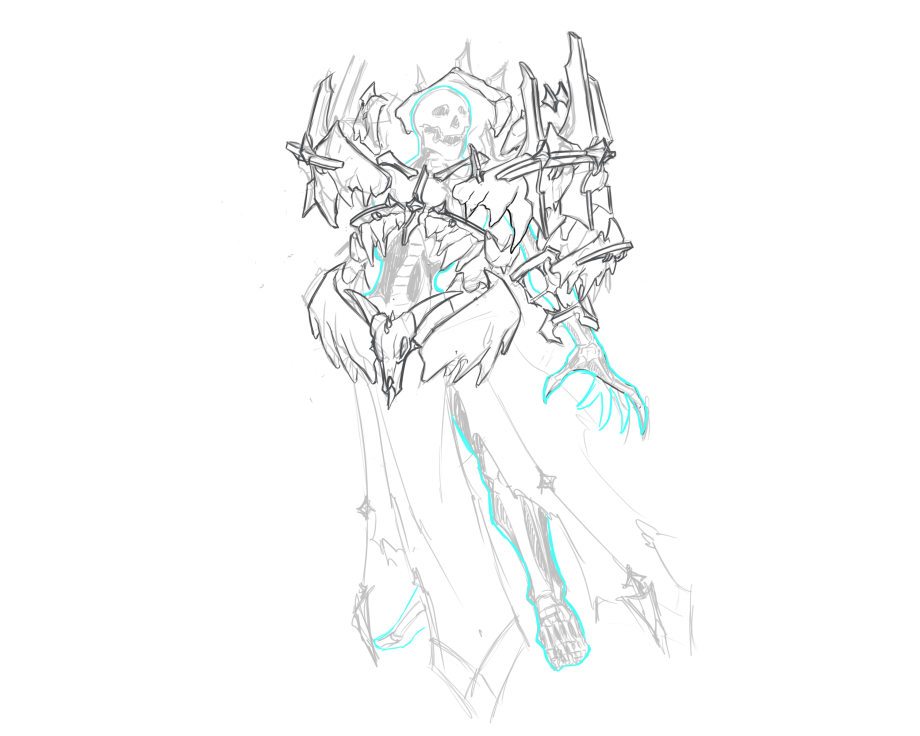 First up is Mythellion Highbrook’s transformation into an undying champion of the Scourge. In life, he was a studious elf obsessed with unraveling the mysteries of Azeroth’s ley lines. In death, he is driven to consume them. In his bid to satiate his hunger, he lead the Scourge to invade Coldarra, drive the blue dragonflight into extinction, and bath himself in the rampant energies of the ley lines.
He emerges as the Ley Lich, a powerful undead sorcerer. In order to contain his raw power, he has fastened a harness crafted from Coldarra’s floating stones, girded with the black metal of Saronite, and bound in arcane chains.