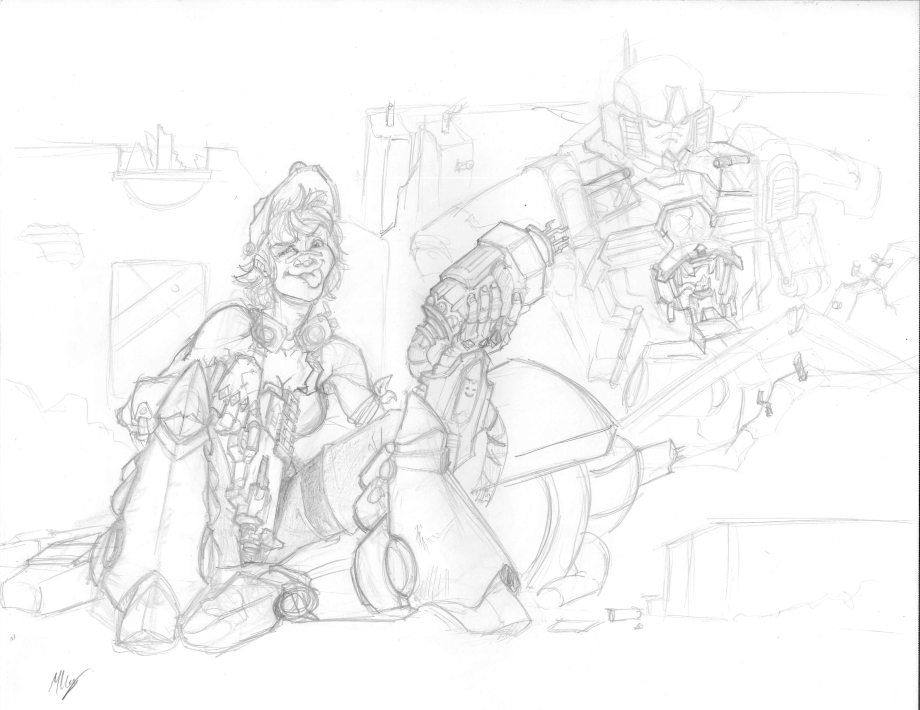 Her name is Addie Smith. She is mechanic by trade who spends her off hours scavenging. This hobby of hers really took off when she came upon a pair of anti-grav boots that help her scale colossal constructs in ruined battlefields.

After hours of rigorous work, Addie is feeling pretty smug about her plunder.

On another note, I want to push myself to keep doing environments.

Tomorrow I’ll upload the action piece I was working on earlier today.